← more from
TheCampus
Get fresh music recommendations delivered to your inbox every Friday.
We've updated our Terms of Use. You can review the changes here. 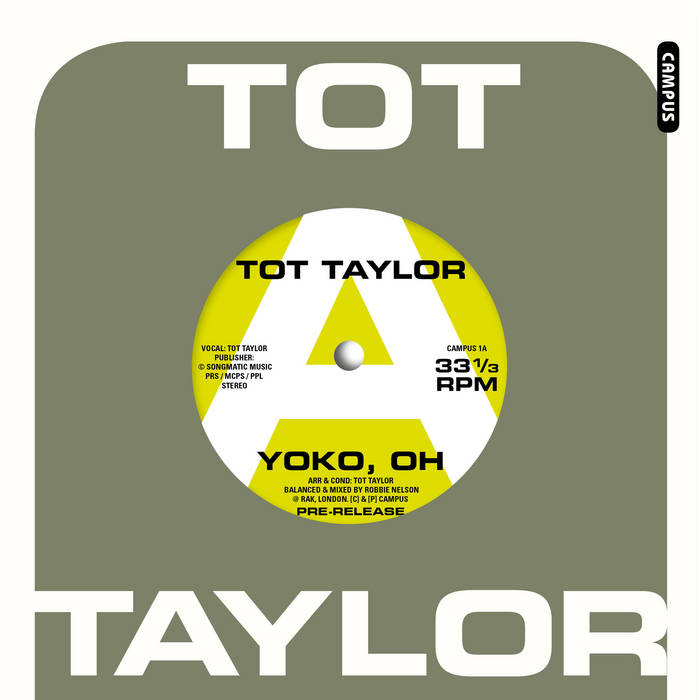 First new music in a while from legendary pop auteur (founder of The Compact Organisation, schoolboy band signed to Island, author, etc).

"This autumn I’ll be releasing some new music. Three new songs, each in the form of a letter. The first is a love-letter - to my favourite Beatle - Yoko Ono. The second is a letter, perhaps sick note, to my teenage self. The third is a letter of intent, to Donald Trump. More of that later. Here’s a bit about the Yoko song: was listening to the radio one day and the DJ mentioned ‘answer records’. He played Oh, Carol, Neil Sedaka’s big hit about Carole King which went to #1 on the Billboard Top One Hundred (1961). Carole responded with an ‘answer record’, Oh, Neil, that same year. I was at school when I first heard John Lennon’s Oh, Yoko from Imagine - which I took to be a kind of answer to Oh, Carol. I then read that John had liked Lonnie Donegan’s skiffle song Lost John (1956), while Oh Yoko sounded a little like Oh, Carol and Lost John combined, with its skiffle beat and tender lyric. I wondered why there’d never been an answer record to that. So I’ve written one. Yoko, Oh (the official answer to Oh, Yoko) released in two editions, on David Camp’s new TheCampus label. "

Tot Taylor is a left-handed singer-songwriter who also works in record-production and art curating. He was born in the English countryside during a period of strange politics and lives and works mainly in London during an era of extremely strange politics ... more

Bandcamp Daily  your guide to the world of Bandcamp

Mille Petrozza stops by to talk about the new Kreator album, plus music by Trauma Bond